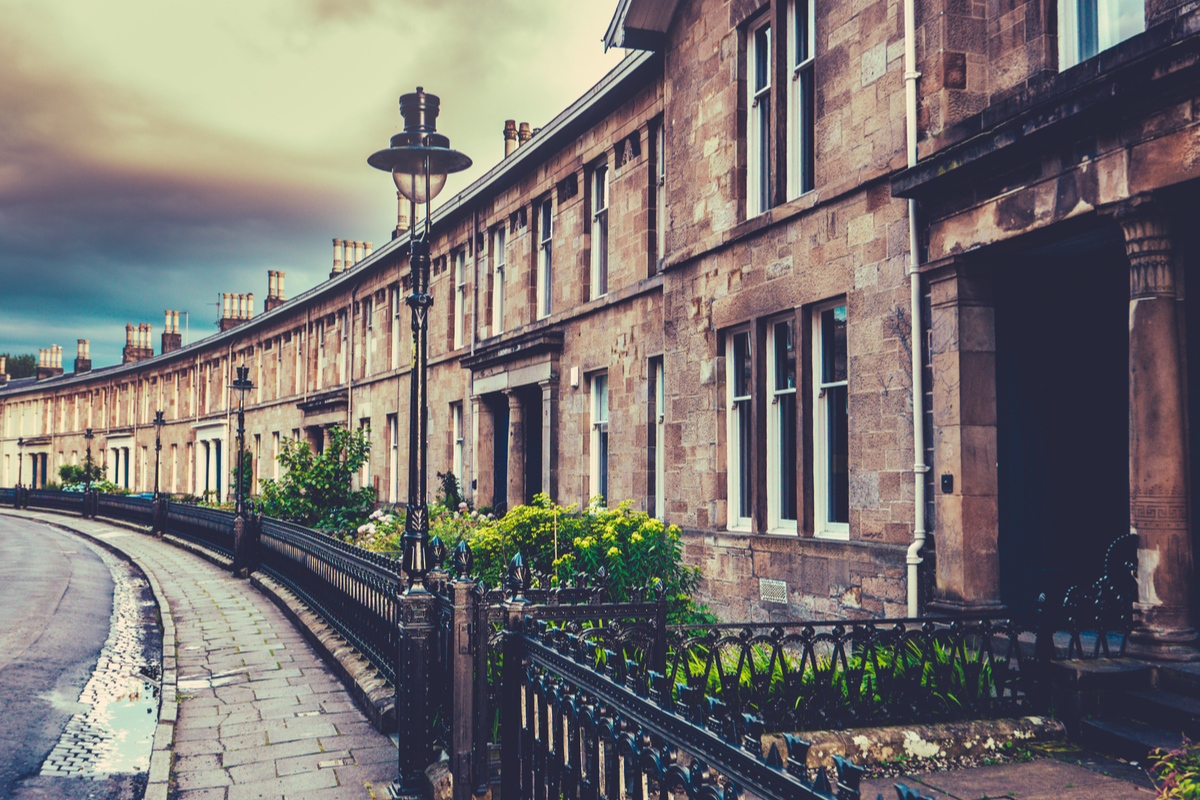 The Scottish prime property market is outperforming the rest of the UK, resulting in a rise in cash-rich buyers seeking property to boost their investment portfolios.

The property market in England has been somewhat stagnant with properties taking much longer to sell than their counterparts in Scotland. Property has taken an average of 69 days to sell according to figures from Zoopla, whereas the average time to sell a property in Scotland has been just 32 days with homes in Glasgow and Edinburgh selling the fastest. In addition, Edinburgh property rose by 5.4% – the highest growth in the UK.

In Scotland, homes selling for more than £1 million went up by 21% in the year from June 2018. In Britain as a whole, this figure is just 5% according to Lloyds. What’s more, the postcodes dominating these million pound homes are in Glasgow and Edinburgh.

According to research from Knight Frank, since 2016 the top ten postcodes for million pound home sales are in Edinburgh’s New Town and Morningside and Glasgow’s West End. In addition, there are new hotspots such as Murrayfield in Edinburgh where £1 million property transactions have risen by an incredible 50%.

Why is this happening?

Transport links to Scotland are strong, with Glasgow and Edinburgh international airports having direct links to the US and the Middle East. In addition, the number of private jet departures from Edinburgh and Glasgow’s airports have been on the increase for the last five years.  Buyers can purchase property with stunning architecture and scenery whilst the locations are also highly accessible.

Apart from the long term gains that investors are seeing when investing in property in Scotland, there are many areas in which the long and short-term rental markets are performing well.

What’s more, buyers from the USA have been helped by the increase in the value of the dollar.

Great schools and a high quality of life area also a pull for families moving here from overseas, with high ranking state and private schools and world-class universities. There has also been an uplift in cash-rich buyers from south of the border for these very reasons.

Scotland is a great investment area for capital appreciation. Average house prices are predicted to rise by 14% over the next two years according to PwC. The average house price is still more than 30% lower than the rest of the UK.

Scotland is the home of golf and the sport has been played here since the 15th century and as such, short term lets are in high demand especially in areas such as St. Andrews. Property here featured in the top ten for number of £1 million sales as the draw for wealth Americans and Europeans remains strong. Many people who have previously rented here are choosing to buy a second home in the area.  An apartment with two bedrooms in St. Andrews will set you back around £1 million rising to £6 million plus for a four bedroom home with views over the Old Course.

Lord of the Manor

Investors from overseas are still looking towards purchasing hunting lodges, castles and vast estates. The value of property here in Scotland is high compared to England – with properties with over 100 acres setting investors back around £1.5 million according to Knight Frank. Alongside the historic properties, there has been a rise in demand for luxury conversions and penthouses in Edinburgh, boosting the £1 million plus sales.

If you are looking to invest in property our experts at The Mortgage Hub are here to help. Whether you’re looking to finance a second home or improve your investment portfolio, talk to us for the best deal for your circumstances.